This is the first in a series of reviews of Clarendon Park’s restaurants. Although the area is already something of a ‘go-to’ destination for people looking for a quick lunchtime bite to eat or an afternoon coffee and cake, I’ve found that the evening dining opportunities are sometimes overlooked. For this reason I’m going to start my culinary research with dinner at each of Clarendon Park’s smattering of evening dining venues, starting with Jones’ Cafe Bistro.

Jones’ is slap-bang in the middle of the Queens Road action and is a well-established Clarendon Park eatery with the onus on fresh food, large portions and great value. Its American-inspired breakfast and lunch menu is hugely popular, with the 666 Breakfast Challenge, homemade strawberry lemonade, and robust bagel burgers the stuff of Leicester legend. Jones’ also has an impressive and ever-changing selection of homemade counter cakes – you can find out more about these in my Sweet Treats II article from earlier this year.

While Jones’ is considerably better known for its breakfast and lunch menu, its evening offerings sound tempting, with a wide variety of dishes on offer from pasta and risotto to steak and an array of seafood. A special early dining menu and a popular two for £12 promotion provide great value options for those dining at ‘off-peak’ times. I visited on a Friday evening and was interested to see how successfully Jones’ would make the leap from cheerful daytime fare to the more refined presentation and flavours suggested by its evening bistro menu.

Will was kind enough to accompany me on an evening of tireless investigative journalism, which we preluded with a G&T in the sublime Babelas – the perfect venue for a laid-back aperitif. With our appetites whetted and our whistles wetted, we sauntered over to Jones’ at 7.30pm. It was quiet at this time, but it filled up considerably later and I’d certainly recommend booking a table if you’re planning on dining on a Friday or Saturday evening.

The wine list is short but reasonably diverse – the house wines are well-chosen, being versatile and ‘easy-drinking’ options. There’s an extensive cocktail list too, with no less than ten champagne cocktails available, a good non-alcoholic selection and all the classics trendily served in jam jars. 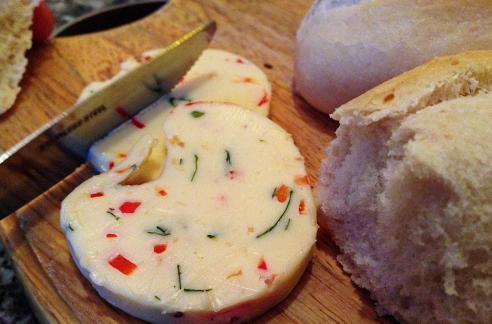 While we waited for our starters we tucked into a couple of crusty bread rolls with delicious homemade chilli and herb butter. Fresh, unfussy food with unique touches showcasing bold flavours – it was to set the tone for the rest of the evening.

To start I had the Tomato and Mozzarella Salad. I’m a huge lover of this Mediterranean classic and Jones’ got it just right – incredibly fresh mozzarella and tomatoes and just a smattering of pesto sauce and fresh oregano. The perfect light start to a meal. Will had the Pork Cheek – three tender little morsels of pork fried in breadcrumbs and served with an espresso cup of pea soup. Again, it was a simple dish but packed full of flavour and very attractively presented. 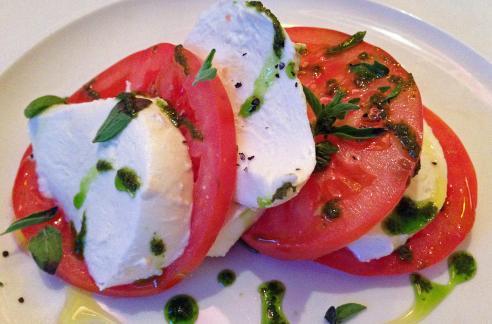 By the time we’d finished our starters the place was really starting to fill up and the service slowed down correspondingly. There was a large group in celebrating a special occasion as well as half-a-dozen other couples, leaving few spare tables. The two front-of-house staff were working extremely speedily and efficiently, but despite their best efforts they were clearly struggling to keep on top of things. I assumed that they were a member of staff down but was assured by our waiter that they were just a little busier than expected. The service was entirely polite and friendly throughout, but the increasingly long waits between courses combined with the frenetic pace of the staff suggested that something was a bit out of kilter.

A taste of the sea

One of Jones’ specialities is mussels and they offer them in six different iterations, including the amazing sounding Cornish Mussels, served with leeks, cider, bacon and cream sauce. I avoid the little blighters after a bad experience in Edinburgh a couple of years ago which I won’t dwell on, but several other customers were indulging and the smells were wonderful, as were the hefty portion sizes.

I had the Lamb Steak for my main course and Will had the Sea Bass. Both dishes were served in a satisfyingly ‘chefy’ manner with all the ingredients piled up on top of each other. Every element of both dishes was cooked perfectly and the food was full of bold flavours. Lamb and feta cheese is a combination I’ve never had before and it was a revelation – the two strong flavours complemented each other perfectly. 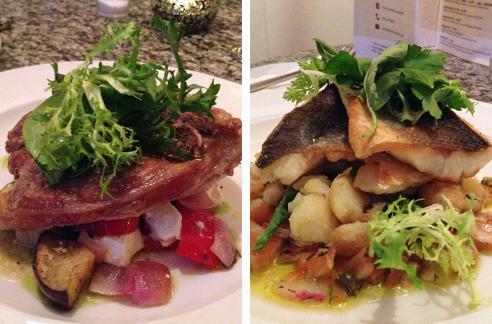 Lamb Steak and Sea Bass with all the trimmings

As well as filling up, the bistro heated up considerably over the course of the evening. It’s a small restaurant, with the kitchen adjacent, and by the end of our meal the temperature inside was a little stifling. I popped outside for a bit of fresh air while we were waiting for our bill as I was starting to go a bit floppy, and some other diners were using their menus as makeshift fans. It would be useful to investigate what might be done to get a bit of cooler air circulating, although it was a fairly warm August evening, so it’s likely to be less of an issue for the majority of the year.

A top tip and a delightful dolcetti

Call in advance and book one of the two window tables if you’re dining as a couple. Not only are they very comfy little booth-style seating areas from which you can watch the activity of Queens Road, but they are set a little apart from the other tables, which are really quite tightly-packed. They are also away from the baking heat of the kitchen too and you get something of a breeze from outside which is a relief on a warm evening!

I was really pleased to see that Jones’ offer dolcetti-style desserts. I’ve rarely got room for a whole dessert to myself but don’t like to miss out a course so the option of having a little taster of something sweet with my coffee is perfect. I had the Lemon Posset, along with an espresso. A slightly odd combination in hindsight but it was delicious and charmingly presented on a rustic wooden serving platter. 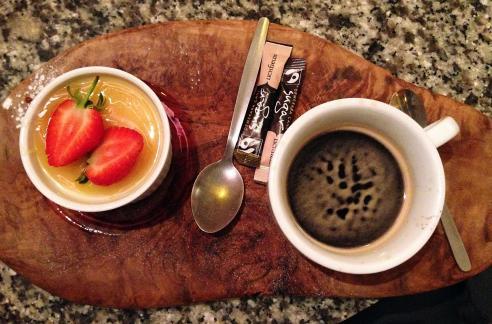 The food at Jones’ is freshly cooked and beautifully presented. Chef and owner Andrew Collyer and his team have struck a clever balance in retaining the boldness of the daytime menu while bringing in all the refinement you’d expect of an evening bistro. The atmosphere is upbeat and buzzing, well suited for a group of friends or a casual dinner for two. When busy, service may slow down and the room heat up, but the quality of the food remains consistently good throughout.

Rumour has it that new chef has recently joined Jones’ fresh from Turtle Bay, the small chain of Caribbean-themed bar-restaurants. ‘Exciting new dishes’ have been promised – perhaps lending a Caribbean twist to some of the traditional European recipes? Such an influence could well turn out to be yet another feather in the cap for this friendly little neighbourhood bistro.