I’m very excited to have been presented with a Liebster Award by E and B who write the brilliant blog, Make, Do and Spend. ‘Liebster’ is a German word meaning ‘dearest’ and the award, given by bloggers to bloggers, is an international way of recognising and promoting new blogs.

In order to claim the award I’m required to fulfil the following tasks:

Now I know that this is quickly starting to sound like one of those dodgy chain letters from the eighties, but bear with me. 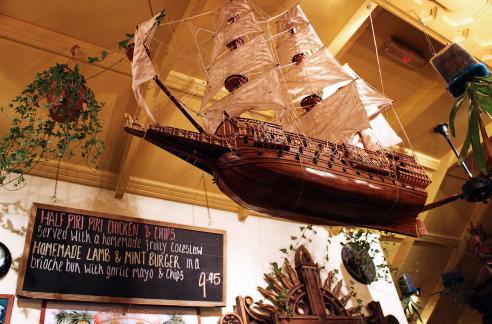 Next up, here are my answers to E and B’s questions. There’s a bit about Clarendon Park in here, but it’s mostly just my ramblings about blogging, balloons and my love of knitting, so feel free to skip!

What’s the best thing about blogging?

As my blog is all about my local area, writing it has been a brilliant opportunity to find out more about the history of where I live, and the different communities that call Clarendon Park home. I’ve met lots of great people since I started writing the blog and had loads of experiences that I wouldn’t have otherwise. It’s been a wonderful way to become more connected with my local community – an old-fashioned concept enabled by new technology.

I just wish I had more time to devote to it! I have a long list of article ideas, many of them suggested to me by people who live or work in Clarendon Park, and it’s sometimes  frustrating to have to try and squeeze in writing the blog between a full-time job and a busy social life.

What do you like most about the area you live in?

Clarendon Park is like a self-contained village within the city. I love the mix of people who live here – from students to young professionals and from impoverished artists to affluent middle-class types. It’s this medley of different types of folk that make the area so special I think, and the eclectic nature of the people is reflected in the shops, restaurants, bars and businesses that you find here.

Spring/summer/autumn/winter, which season is your favourite and why?

I’m a huge lover of spring. Feeling the warmth in the sun again, seeing green buds appearing on trees and knowing that summer is just around the corner fill me with optimism. The clocks going forward is my cue that good times are on their way and that longer days, picnics, sunshine and barbecues are just around the corner!

What’s your favourite form of transport?

I went on a hot air balloon flight last year. Having to get up at 4am wasn’t pretty but the actual flight was spectacular – it was just as surreal and romantic as you’d imagine floating serenely above the Leicestershire countryside at dawn. I wouldn’t want to rely on it as a regular form of transport as it’s hopelessly impractical – you can’t choose where you end up for a start – but it’s utterly tranquil.

I’m a knitter and I tend to get very attached to my current knitting project. At the moment I’m working on a mint green ‘feather and fan’ scarf which I’ve had on the go for several months. The creation of this spindly little thing has taken up a huge amount of my time and concentration so it’s only right that it should be in my most-loved list, although when it’s finished and I move onto something else my affections may well shift too!

My other two favourite pieces of clothing are my bikini and my walking boots – not for the things in themselves but for what they symbolise – adventure, relaxation and being outdoors.

What was the last thing you watched at the cinema? And theatre?

I watched Grand Budapest Hotel at Phoenix the week it was released. I’m a huge fan of Wes Anderson and his latest offering is one of my favourites to date.

The last thing I saw at the theatre was The Lady in the Van by Alan Bennett at Curve. It’s a wonderful true story and seeing it performed on stage rather than reading Bennett’s written account gave it an extra dimension.

The Faraway Tree by Enid Blyton (actually a series of four books rather than just one). It’s the story of a bunch of kids who discover a magic tree with all sorts of eccentric characters in it. At the top of the tree is a magical land, which is different every time they go into it. It’s pure innocent escapism and it really captured my imagination as a kid.

Answering this question actually led to me ordering The Magic Faraway Tree on Amazon – I’m happy to say that it’s lost none of it’s magic and The Land of Do-As-You-Please is just as appealing! 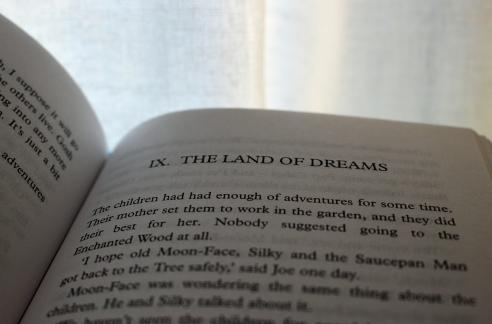 What one piece of advice would you give to someone thinking about starting/just starting a new blog?

Don’t let a lack of technical ability put you off. Platforms like Blogger and WordPress are designed to be as straightforward to use as possible and there are loads of free tutorials on You Tube which I found extremely useful when I was putting together my website.

Now for the important question – whippy or scooped ice-cream?

Whippy ice cream does bring back lovely childhood memories of holidays to the British seaside, but these days it’s got to be scooped!

I like trying out more exotic flavours. Andersons’ Sweets and Ice Cream on Queens Road has a brilliant range of unusual combinations and their ice creams are homemade too which is an extra bonus. I think my favourite so far has been Chocolate Marshmallow, with Fruit Salad in close second place.

Now it’s my turn to present my own Liebster Awards – I’ve chosen a medley of blogs which I enjoy reading and which are written by bloggers based in Leicestershire. The lucky winners are: Roz at TheFoodieCoupleBlog, Alex at Gingey Bites, Jenny Collier,  Lindsay at Leicester Veggie, the anonymous duo behind Leicester: it’s not shit! and Louise at tobeavoice.

2 Responses to “Eleven things you never knew about Clarendon Park”