Ever wondered what the word ‘babelas’ actually means? Or why the board outside Morelli’s barbers shows the proprietor in the guise of a devil surrounded by vampire bats? Wonder no more – Clarendon Spark brings you seven little-known factoids to tuck away in the ‘local trivia’ section of your brain…

Northern Cobbler’s logo is all about the bass 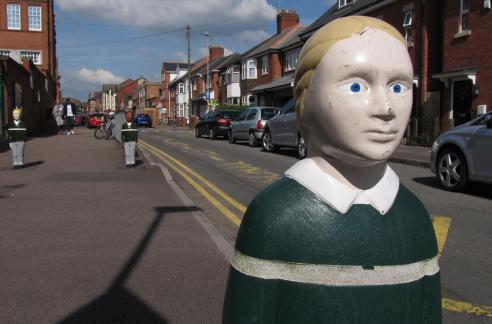 Who are you calling creepy? Avenue Road School’s best behaved pupils keep an eye on things

I hope you’ve enjoyed this eclectic little run-down of local facts. If you have any little-known nuggets of info about Clarendon Park you’re keeping to yourself, please do share them below in the comments section.